Test Matches are often considered the most difficult format in International Cricket. The format tests the patience, endurance, and valour of the batsmen. The close-in fielders and no fielding restrictions often make it very difficult for a batsman to survive in the longest format of the game. However, few batsmen are able to carve their place in our memories due to exceptional display of technique in the format and end up as successful players of the game. Some of the Players have made their mark against valiant Indian Team over the years.

The first step of success in the game is scoring a century. The three-figure mark is a difficult feat to achieve in the game, and it becomes especially notable if scored against a quality opponent such as India. Some players struggle to score even a single century against the current number 1 test side in the World whereas a few players have successfully tackled the Indian attack to score a plethora of runs including multiple centuries. Let us take a look at players with the maximum number of centuries against India.

The former Australian skipper proved to be the biggest Achilles heels for Indian bowlers. The Indian attack particularly struggled against his patience and technique which made him an exceptional player of spin bowling. His grittiness often exposed the toothlessness of Indian attacks and made them look ordinary.

The star batsman played several memorable knocks against India and managed to bag eight centuries. He scored 2555 runs against the Men in Blue in 51 innings at a staggering average of 54.36. His highest against the Indian side stands at a mammoth 257 runs.

The Caribbean star proved to be a nightmare for Indian bowlers in Tests. He employed an aggressive approach against the bowlers and had a bullish attitude towards the spinners in particular.

Steven Smith has proved to be the biggest nemesis of Indian bowlers in the current era. The former Australian skipper has played just 28 innings against the Indians to reach eight centuries.

Similar to most of the successful batsmen against the Indian side, his strong technique against spinners makes him so dangerous. He has scored 1742 runs at an average of 72.58 against the Indian team. His highest stands at 192 runs.

Sir Gary Sobers dominated the world of cricket before the arrival of limited-overs cricket. He was one of the most feared batsmen in the World. His strong defensive technique along with a wide array of shots in his arsenal made him a very difficult batsman to bowl against.

Cook averages around 47 against the Indian Team. He had a fantabulous 2012 tour of India, where under him England won the series ending a 28-year drought. 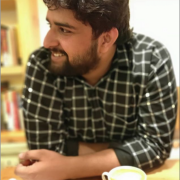