5 Indian batsmen who have hit a century on Test debut : Test cricket is the ultimate format and the complete representation of cricket. The game tests a player’s patience, determination, and grit to achieve a hard-fought victory. A test match might not excite an average cricket fan, but it gets the adrenaline rush for a hardcore cricket fan.

Every youngster, hustling to become a cricketer, dreams to represent his country in Test cricket. When the day arrives, chances are, he may have butterflies in his stomach and can’t deliver to his potential. This might not apply to a few players who manage to hold their nerves even on the biggest day of their career.

Today, we will talk about the top 5 Indian players who held their nerves and scored a hundred on their test debut.

A fearless Shikhar Dhawan made a rocking start to his Test career against Australia at Mohali in 2013. He opened the batting with Murali Vijay and stitched a partnership of 289 runs for the first wicket. Shikhar scored 187 runs off 174 deliveries at a strike rate over 100 with 33 boundaries and two sixes to his name.

The way he was playing, everyone thought he would go on to make a double hundred easily, but he fell short by 13 runs and was out, caught at the silly point.

Just like his limited-overs partner, Shikhar Dhawan, Rohit Sharma, too, made a blazing start to his Test career. His test debut came against the West Indies at the Eden Gardens in 2013. Batting at number 6, he made a brilliant century on debut, scoring 177 off 301 deliveries. He added up 280 runs for the seventh wicket with Ashwin, who scored a hundred too.

Together they helped India thump the West Indies with an innings defeat. Rohit was adjudged the man of the match for his innings of 177 runs. Later, he scored another hundred in the next game (Sachin Tendulkar’s farewell test match) at the Wankhede.

Suresh Raina might not have had a long test career, but he does have a few moments to cherish from his relatively short Test career. One of them is his test debut itself. He made his debut in a run-fest at the Sinhalese Sports Club in Colombo in 2010.

The match saw as many as five centurions, with Tendulkar and Sangakkara converting their hundreds into double hundreds. Had Sehwag not got out on 99, the total figure would have reached six.

A young Suresh Raina, on his debut, joined Sachin Tendulkar in the middle and scored a brilliant century batting at number 6. His innings of 120 runs included a total of 12 fours and two sixes. In the following game, he scored another fifty-plus score in the first innings. His crucial partnership with VVS Laxman in the second innings took India to the victory.

76 of those runs came from the 19 boundaries he hit. Along with Tendulkar, he added up 220 runs for the fifth wicket and took India to a respectable total of 379 runs. Unfortunately, India lost the match by 9 wickets as Shaun Pollock took a 10 wicket haul.

Sourav Ganguly had one of the most memorable starts to his Test career. Playing his first match at the iconic Lord’s Cricket Ground, he hit a hundred on debut. This knock showed the world who the future Indian captain was.

He scored 131 runs off 301 balls with 20 fours to his name. As a result, India posted a total of 429 runs on the board. India managed to get a valuable 85 runs lead, but England played out 121 overs in the third innings to draw the game. England’s Jack Russell was declared the man of the match, but India found something more valuable in the name of Sourav Ganguly. 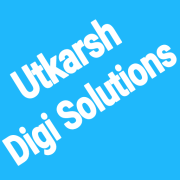